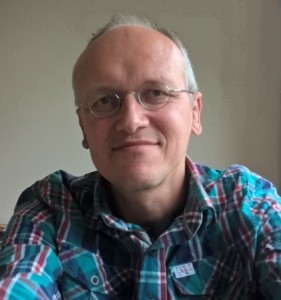 Where do you currently work, and what position do you work in?

I am currently working at  Enexis Groep, which is one of the regional energy network operators in the Netherlands and I have been working there for 7 years, first as a consultant, and later as an information analyst in the geo-IT team. I mostly work in geo related projects: in 2018 and 2019 I was involved in a big migration project in our core GIS system. This year, I have been working on less geo-related projects, such as a project on the Environment and Planning Act (omgevingswet), as well as on a mapping related project about the replacement of gas pipes. There, we are using an artificial intelligence approach to determine which pipes have priority in getting replaced, and the results are visualized in maps.

Is this your first position after graduation?

Before GIMA, I was already working as a software developer for about eight years. After I obtained my degree in architecture and urban planning, I decided not to work in that field and rather work in IT for some years. But after some time, I was missing the maps, so I decided to take up GIMA.

While I was doing my thesis, I got a job in the geo-IT, again as a software developer. But I wanted to do something more related to GIMA, so I asked my colleagues if there was something less technical, and that’s how I ended up at Enexis. So it’s my second employer after GIMA, but because I still work with the same people, just in a slightly different position, I consider it my first job.

Of the skills that you acquired during GIMA, which ones are most important for your professional life now?

One skill that is still very useful nowadays is cartography, because a significant part of my job includes mapmaking. Also, the broad perspective on all things geo-related is really helpful. It taught me to keep an eye out on all the other aspects of GI that I don’t see in my work everyday.

The mixed company of part-time and full-time students, as well as Dutch and international students was really great. Also, since I was in my thirties when I was doing GIMA, I enjoyed being a student again: the atmosphere at the Uithof and on the campus in Wageningen was just great.

Do you have any additional advice for current GIMA students?

The internship is a really important part of the programme! The other modules are interesting, but there’s nothing like real work experience, so try to get the most out of it.

Also, don’t be disappointed if there are projects that don’t involve maps, it happens! Especially in asset management, there are lots of non-geographical data involved.